By CoreenaDecember 15th, 2021Out and about...8 min read
No Comments

Update 29th April 2020
Spaceweather.com tells us “Slowly but surely, solar cycle 25 is coming to life”. And at this moment in time, there are two sunspots in the sun’s southern hemisphere so reportedly, two solar cycles, cycle 24 and cycle 25, are active at once. For the aurora chaser, based on our ongoing research into Aurora predictions, the peak of solar cycle 25 is expected to peak in around July, 2025 (+/- 8 months or so). Read on to learn more – we may not be experts but our aim is to share an insight into our findings about this topic.

Something that will delight us enormously, is to share with you the experience of witnessing mystical lights dancing across our night sky; and to help you photograph the magic.

We are privileged to have seen a number of auroras – each time as special as the first. Over the years, our observations and research has given us a better understanding about this most incredible wonder of our natural world. 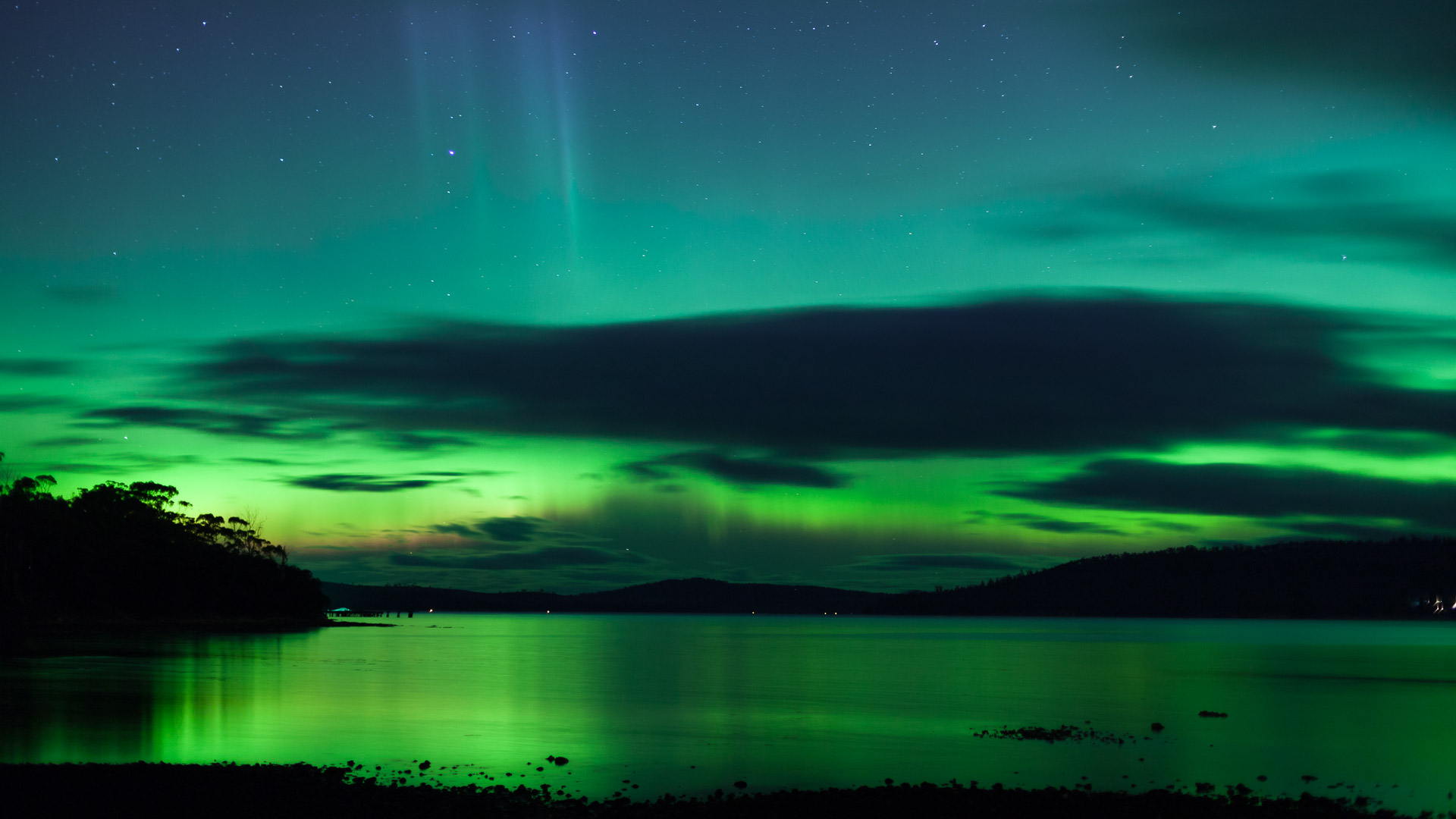 One of the most frequently asked questions from our guests relates to photographing an aurora and which of our tours offers the best opportunity. Unfortunately, it’s not as simple as selecting a particular tour or destination. So, to optimise your chances of achieving your aurora photography goals, we want to give you an insight to our knowledge to help you maximise your chances of chasing and photographing the Southern Lights in Tasmania.

So, here’s our not-too-scientific interpretation… we are not scientists; we are photographers with a passion for learning about our natural world and want to share what we’ve learnt over the years, with you.

What is an aurora?

An aurora is one of our natural wonders of the world. It relates to a solar weather event resulting in mystical and vivid lights dancing across our night sky.

Whether in the south or the north, an aurora is an elusive and unpredictable natural phenomenon reliant upon meticulous coordination between Mother Nature and Lady Aurora. It also depends on the solar cycle. 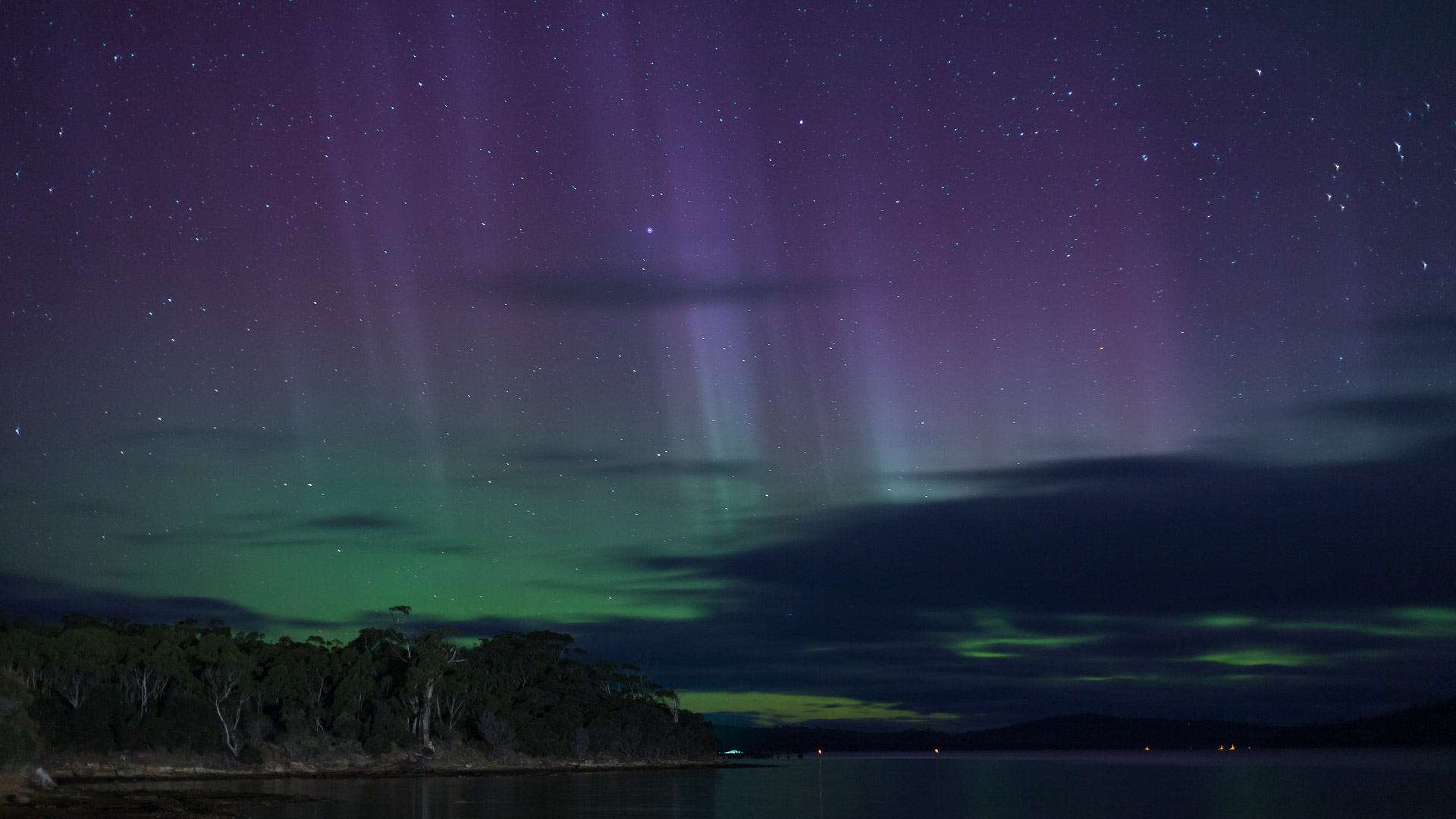 What is the solar cycle?

The solar cycle occurs over a period of approximately 11-years.

Now, this doesn’t mean that an aurora won’t occur during the solar minimum, but it would be reasonably accurate to say that auroras during this time are generally less frequent and, if one does occur, it may not be as strong.

As the solar minimum of solar cycle 24 comes to a close, it is expected to deepen with the potential to stay that way into 2020 (source: spaceweather.com e-news, April 2019).

We thought we were smart simply doing the math of adding 11 years to 2013 (the last solar maximum) = 2024. It sure is a good feeling to see our sums reasonably substantiated in a forecast by the experts!

In a preliminary forecast the next solar/sunspot maximum will occur somewhere between 2023 and 2026 (source: https://www.swpc.noaa.gov/news/solar-cycle-25-preliminary-forecast).

Geomagnetic storms and the Kp-index…

These are terms you will come across as you research aurora further. We’re not about to go into it in complete detail, firstly because we’re not scientists, but also because solar science is so much more complicated than what we are aiming to achieve here.
Associated with solar flares, sunspots and so on, a geomagnetic storm (or solar storm) occurs as a result of variable solar wind conditions. Geomagnetic storms are rated G1 to G5.
As for the Kp index, in non-scientific terms again, this index simply helps us identify the chances of an aurora being visible in our geographic location. On a on a scale of 0-9: a Kp5 or above indicates a geomagnetic storm (G1 = Kp5).

So what do we look for when chasing the Southern Lights in Tasmania? Read on to find out…

When is the best time to see the Southern Lights?

In reality, you can see an aurora at any time of the year. But for optimum viewing of the Southern Lights, the best time of year is during the winter months from May through to around August/September; and at the darkest time of night. So, you’ll need to be a night owl (at least for aurora chasing purposes).

Chasing the Southern Lights in Tasmania 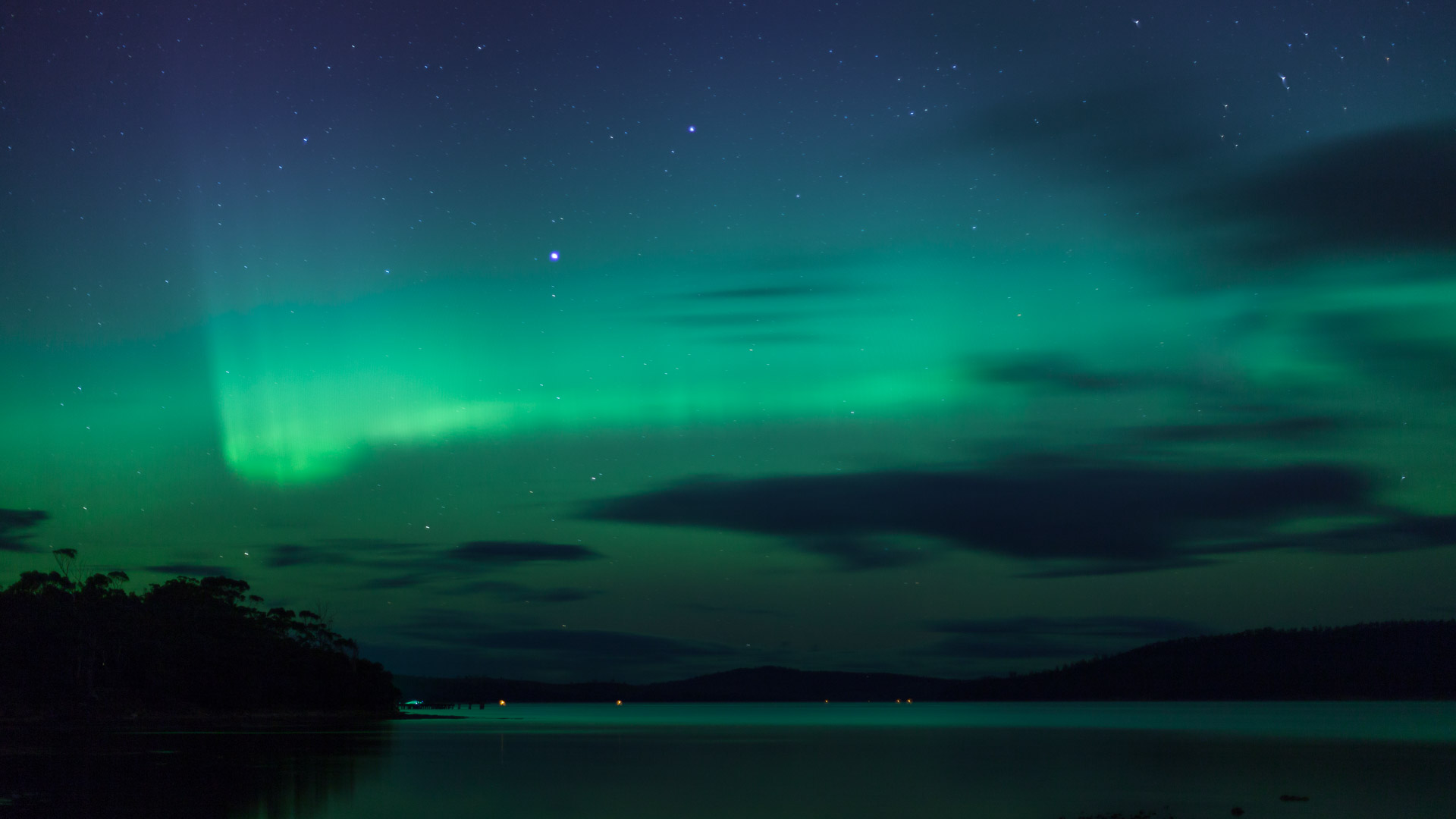 Do you know that a camera sees more than the human eye?
(The human eye is also referred to as the ‘naked eye’ when reporting aurora sightings)

Well, the way a camera works is quite different from the human eye. Basically, while the human eye actively adapts and adjusts to a given scene, a camera has the ability to collect light over a long period, or long exposure, and then uses the light it captures to form a single image. It’s definitely worth taking advantage of this when shooting auroras! I mentioned earlier that in Tasmania, for an aurora to be visible with the naked eye, it needs to be a Kp5. Keep it in mind when chasing auroras though, there’s still a chance that you may capture an aurora in camera if it’s rated below Kp5.

Is it possible to predict something that’s not predictable?

While we’re not scientists with all the intricate knowledge, we do however refer to many different sources of information when planning and preparing a tour. If we are aware of your hopes to photograph an aurora, we will do what we can to provide all the relevant information in the best possible way. In saying that, there’s only so much we can do in advance, because aurora forecasts are generally only available between three days to thirty minutes (or less) notice.

Our recommendation: embrace any and all photographic opportunities

An overnight or multi-day photography experience with Shutterbug Walkabouts embraces the potential for aurora photography. But, as you are now more aware (if you weren’t before), auroras are not easily predicted ahead of time. It’s for this reason we incorporate an array of photographic activities that you will undoubtedly value just as much.

Let’s be frank, we certainly don’t want you to be disillusioned if solar or weather conditions are not favourable to aurora photography. As much as we’d love to give you a guarantee, Mother Nature is far more powerful that we are! With this in mind, we feel that it’s best that we advise not to pin all your hopes on that one natural phenomenon occurring on a pre-scheduled tour or tuition session. Rather we encourage you to keep your eyes and mind open to all potential for creating an assortment of stunning imagery. We’d love to share all things Tasmanian with you – just imagine the photos you could take!

Book a night photography tuition session and let us know about your interest in aurora photography. This is a wonderful way to discover techniques for low-light photography and a chance to learn settings appropriate for shooting an aurora. And, when the moment in time arrives that Mother Nature and Lady Aurora sing in unison, you’ll be ready to capture the magic.

Have you enjoyed reading this article?

We hope you have deepened your understanding for chasing and photographing the Southern Lights in Tasmania. Feel free to share your thoughts in a comment about what you most enjoyed about reading this article – we’d love to hear from you.

Have you been dazzled by an aurora? Captured some great photos? We’d love to hear about your experience.

Thanks for reading. Coreena and Roy.

3rd September 1997: I was visiting friends in the Jämtland district of central Sweden. Late one evening as we returned from a big day of exploring, there was a shimmering green glow dancing across the sky. This was the Northern Lights (Aurora Borealis). WOW – my very first Aurora! I spent 45-minutes totally mesmerised by nature’s performance in the night sky, at least until the clouds rolled in bringing an end to the show. What an experience! At the time I remember not being able to truly describe what I’d seen. There was very little access to the internet back then, not to mention that my camera was a relatively basic film camera. I may not have a physical photo, but my memories of this experience are vivid – I see myself standing in situ, looking directly upwards into the dark sky with admiration of our natural world.

Video on Bureau of Meteorology Facebook Page: AskBOM – What is an aurora?