Silver with Distinction
at the 2018 Australian Professional Photography Awards

An award for your photographic work is a proud moment indeed. And listening to the judges comments is very beneficial to self-improvement. Roy received some rather impressive commendations and accolades from the judges for his creative representation of reflections on the Huon River.

An entire weekend is dedicated to the judging of entries submitted, and there is a panel of five judges in each judging room. One photograph at a time is displayed in front of the judges. After viewing each print, each judge submit a score our of 100. Depending on the score and the variability between each judge, they engage in a dialogue about their individual interpretations of the print.

So what did the panel of 5 judges have to say about Roy’s work?
Lots on this occasion! The discussion continued for around 7 minutes or so. In summary, each judge spoke of their own interpretation and provided comments to support their score. One of the judges expressed that there was really nothing discounted during the process of judging Roy’s image.

The standout for Roy was when one of the judges expressed a correlation between his work and the work of the ever so talented Ansel Adams – for its ‘beautiful black and white’ and ‘beautiful use of tonal range’. The same judge also said that it provides “a true sense of something really unique and different”.

And it’s a ‘Silver with Distinction’

With a score of 89 Roy received an award of ‘Silver with Distinction’ (just one point away from Gold). This award is described as one that reflects ‘professional excellence; superior visual communication, imagination, craft and skill’. 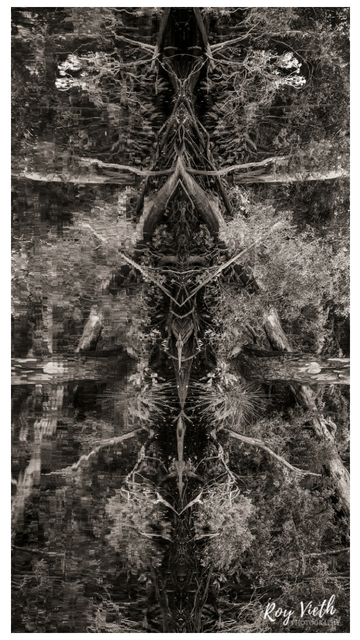 Follow this link to listen to the judges comments – you may need to fast-forward to 2:22:30 when Roy’s image (the one above) is on display and being judged.