Tasmanian Waratah
– a bright and striking feature of the Tasmanian landscape in summer.

The Tasmanian Waratah grows in the sub-alpine woodlands around the state. It is fairly widespread around the state, commonly at altitudes of around 1,000m. See it in full bloom on kunanyi/Mt Wellington and in the Hartz Mountains National Park, Mt Field National Park, at Lake St Clair and Cradle Mountain as well as in other mountain forest and sub-alpine habitats throughout Tasmania.

The botanical genus ‘Telopea’ is Greek which means ‘seen from afar’. The Tasmanian waratah (Telopea truncata) is endemic to Tasmania but is a close relative to the NSW Waratah (Telopea speciosissima) – both are easily spotted from quite a distance!

The name Waratah was given to the plant by the Dharug tribe of the Blue Mountains region, later adopted by the early European settlers in NSW and then carried over by early Tasmanian settlers.

A few facts about the endemic Tasmanian Waratah: 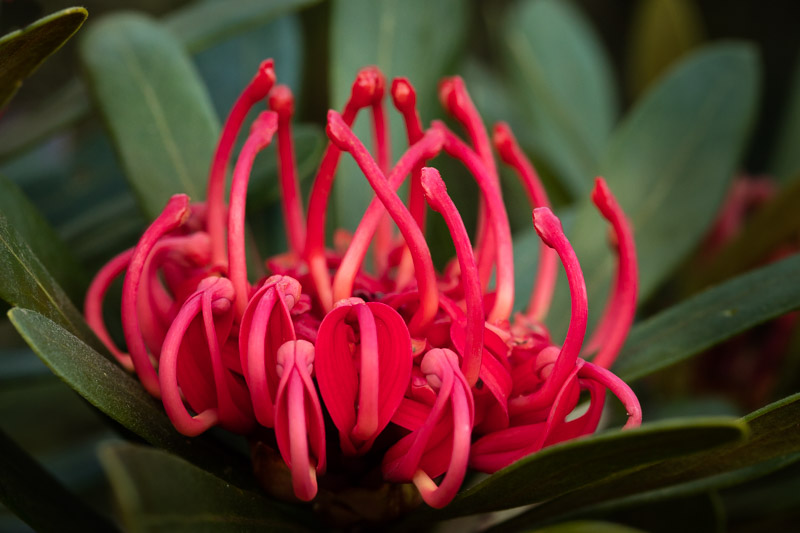 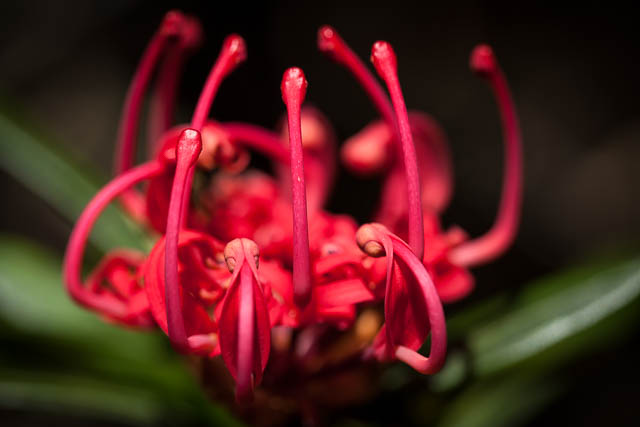 Photographing the Tasmanian Waratah when in full bloom

Whether from a distance or close up, you want the waratah flower to look vibrant and sharp in your photos. Here’s a couple of factors that are worth considering…

See (and photograph) the Tasmanian Waratah in its full splendour

Tasmanian Waratah can be seen during a private outdoor photography tuition session or on a photo-oriented tour in November/December with an itinerary that includes kunanyi/Mt Wellington, Mt Field National Park, Hartz Mountains National Park or Lake St Clair. It truly is a spectacular sight to see. Or get in touch with us and we’ll create a tailored itinerary for you.